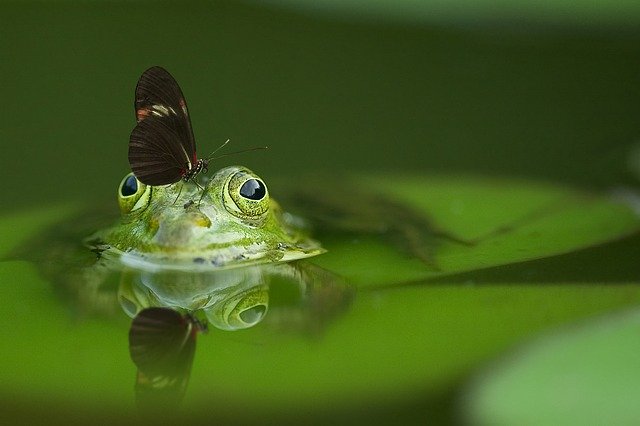 When digital cameras were first manufactured, it seemed likely that they would completely overtake analog cameras. Digital cameras were so much more convenient, and were more forgiving when it came to making mistakes with your photographs. If you didn’t like how one turned out, you could just take another, and didn’t have to worry about running out of exposures.

With all that in mind, it’s safe to assume digital cameras are better than analog, isn’t it?

Well, in truth, the answer is a little more complicated. As it turns out, one isn’t “better” than the other. Both types of cameras and photography have their advantages and disadvantages, and it really just depends on the kind of art you want to do.

So what are these pros and cons? And who would want an analog camera versus a digital camera? Let’s start by talking about digital cameras.

At first glance, it makes sense that these cameras would be “better” than analog cameras. With a digital camera, storing images is much easier. As opposed to loading your camera up with film which has a limited number of exposures, a digital camera stores your images on an SD card. These little cards can hold hundreds to thousands of images, and are relatively cheap.

You’ll also find that most digital cameras are lighter than analog cameras, making them easier to carry around. And while yes, the upfront cost of a digital camera is much more expensive than a film camera, digital cameras are more widely available, and you won’t have the expense of having to constantly buy film for your camera.

Here’s another aspect of digital cameras that make them much more convenient: it takes far less time to be able to see your images. With an analog camera, you’d have to take the picture, then wait for have the film developed to see if you got the shot or not. With a digital camera, as soon as you take the picture, you can look at it on your camera’s LCD screen. Plus, to get your pictures on your computer, all you have to do is connect your camera to your computer and transfer the pictures.

There are some really great digital cameras out there, and both casual and serious photographers use digital cameras for their art. Their accessibility and convenience are huge pros for them. But there are, of course, cons when it comes to digital cameras too.

One such con is that digital cameras are battery operated. This means that if you want to use your camera, you need to make sure the battery is charged. If you’re going on long expeditions with your camera, you might even want to bring spare batteries with you. This can be an annoying aspect of digital cameras. You should also keep in mind that batteries don’t work well in extreme weather. If you live in a climate where it gets very cold, your camera’s battery likely won’t last very long while you’re outside.

Plus, one of things that makes digital cameras so great can actually be a problem too. Being able to take so many pictures without worrying about storage means you might take too many. This can make it difficult to organize and store them.

With all that said, digital cameras are still a great option. For photographers who enjoy editing images on a computer, and who like the leniency of being able to take several shots of the same thing, digital cameras can’t be beat.

At the other end of the table, we have analog cameras. These cameras use film which, once light hits it, causes a chemical reaction which allows an image to be recorded on the film.

Analog cameras definitely lack some of the convenience digital cameras have. You only have a limited number of exposures on each roll of film, so you always want to make sure everything is just right before you take the image.

While that might seem annoying and frustrating and a very good reason to walk away from analog cameras, many people choose analog of digital because of the amount of work they take. Photographers who still shoot on film enjoy the process of setting everything up, making sure their settings are correct, and taking the time to get the angles and lighting just right before taking the shot. Having to do this really forces you to think as you take a picture. Instead of mindlessly snapping several shots, film photography requires that you put effort into every image.

Plus, analog cameras aren’t battery operated, which means they’re less affected by extreme weather. And if you’ve really looked at film photographs, you’ll find there’s a depth to them that even the most talented editors can’t quite reach with digital photography.

While digital cameras are amazing for their accessibility, it wouldn’t be right to say that analog cameras and film photography are dead. Both types of cameras have their uses. If you like being able to shoot as many pictures as you like, and enjoy editing your images, the digital cameras are the cameras for you. On the other hand, if you like the process of setting your shot up and enjoy a challenge, then you might lean more towards analog cameras. The great news is there’s no one better than the other, and it really just depends on the kind of art you prefer.

Thanks for stopping by.  We hope you found the article informative and actionable.   Contact us with any questions or to submit a suggestion or tip.   If we end up using one on our site, we will give you full credit.  Does your business need Fence and Deck Staining in Rockwall, Texas? Visit our sponsor so we can continue to bring you valuable content.

Category: analog vs digital which is better

← The Future of Film Cameras
Best 35mm Camera for Beginners →