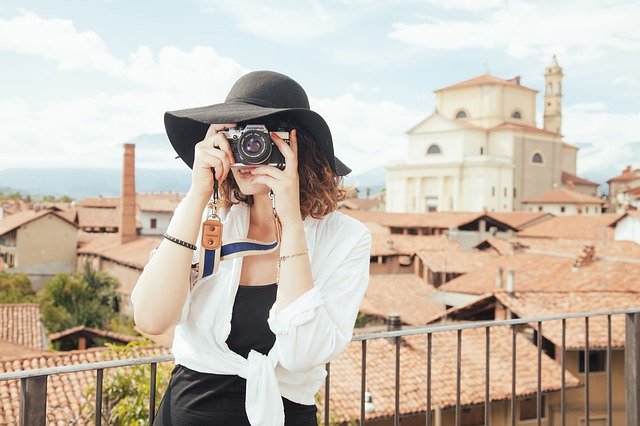 If you’re just getting started in film photography, you’re probably wondering what the best camera for a beginner is. Film photography is a beautiful art, and while digital cameras are definitely more accessible and allow for more mistakes, many photographers still choose to shoot film.

One great aspect about film photography is that it really forces you to develop an eye for the framing and lighting of an image. With a limited amount of exposures on each roll of film, before you take your shot you really have to make sure everything is set up just right. Having to do this is part of what make film photography so much fun.

Plus, film images have a real depth to them. Analog cameras also pick up on the subtleties of black and white images far better than digital cameras do. For this reason, many photographers who enjoy shooting black and white will do so with a film camera.

But if you’re just starting out, then what would be the best 35mm analog camera? While there are plenty of options available, there’s one that really stands out among the rest.

Olympus Corporation is an optics manufacturer established in Japan in 1919. Their first camera was the Semi-Olympus I. Later, Olympus created the Pen camera, which used a half-frame format. From there, designers created the OM series, which created a trend of more compact cameras.

The OM-1 was released in 1972 and ran for about 11 years. While the camera’s compactness was a huge selling point for Olympus, it has also been praised as being fairly easy for beginner photographers to get the hang of. Also added to its list of pros are its comfortable and ergonomic design, plus features that make it easy to go from beginner to professional.

If you’re a beginner film photographer who’s looking for a camera that will grow with them as they improve, then the Olympus OM-1 is a great option.

The Olympus OM-1 also features something called the mirror lock up facility. This makes the camera fantastic for astrophotography and macrophotography.

While the camera is great when it comes to learning curves, and features for both casual and serious photographers, as with all cameras there are some cons. Users of this particular model have found it difficult to load film into the camera. The advancing lever tends to become sticky, making it difficult to advance the film.

Luckily, the camera is also pretty easy to repair. So even if your particular camera does end up with a sticky advancing lever, it’ll be relatively easy to fix.

This particular camera has a hot shoe for the flash, and a shutter speed of 1 to 1/000. It also features a needle in the viewfinder as a through-the-lens exposure meter. This will save you time when it comes figuring out the proper exposure settings for an image.

While the camera might not have some of the display information other cameras do because it doesn’t use a battery, you’ll find that the pros very much outweigh these minor cons. The best part about this camera is that as you get more used to film photography, you’ll be able to keep using the OM-1 as your main camera. It’s a great camera to grow into, rather than grow out of.

Looking to purchase one of these amazing cameras? Plan to get one second hand. Unfortunately, Olympus no longer manufactures this particular model. After its 11-year run, Olympus Corporation built other OM models, and eventually moved away from the OM model entirely.

Luckily there are still sellers online who are selling this model used for a relatively inexpensive price. Check out Amazon’s list of sellers, and expect to pay somewhere in the ballpark of $200.00 for a used camera. You might also have luck checking out ebay, either for the camera itself or for any other equipment made for the OM-1.

While the OM-1 is probably the best camera for beginners, it’s worth mentioning a few other makes and models too. One is the Leica MP, Leica being a renowned German optics manufacturer. This particular model is notable for its manual-only focus mode, which some photographers might find off-putting while others find it a positive aspect.

Another camera worth discussing briefly here is the Canon AE-1. Like the OM-1, it’s a camera you’ll be able to use through the beginning stages of photography an onward, though the drawback to this camera is that it’s much more difficult to repair than the OM-1.

In recent years, film photography has started to see a resurgence, and it’s no wonder. Analog photographers praise the beauty of a film photograph, and no digital camera can recreate the depth a film photograph has. If you’re a beginner looking to get into film photography, then it’s worth checking out the Olympus OM-1 as your new camera. You’ll find it easy to use, and with features that will be useful as you grow more skilled and confident in your photography.

Thank you for visiting our site.  We hope you are finding a ton of great information.   If you have any comments or questions, please contact us today.   Also, if you have any tips to share, please submit your tips to us.  If we end up using your tip on our blog, we will give you full credit.  One last thing we ask is that you visit our sponsor for all your Nashville, TN Parking Lot Striping needs.