Does Anyone Use Film Cameras Anymore? 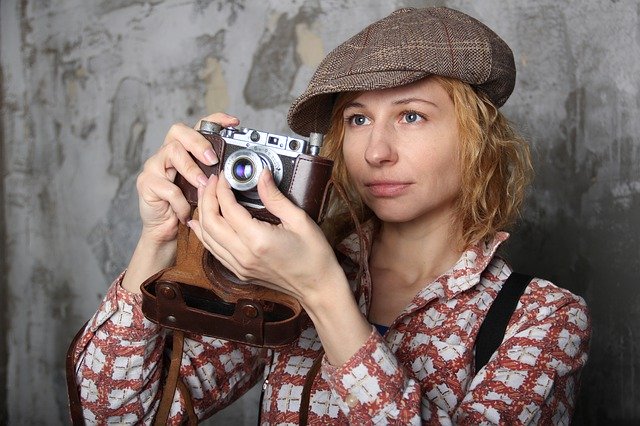 These days, it’s so easy to take a picture. Digital cameras can store hundreds of images, and it’s easy enough to change your settings if you don’t like how something has turned out and just take the picture again.

Plus, most of us carry around little cameras in our pockets all day—our phones! While in the past taking a photograph meant hauling around a camera, today it only takes a couple of seconds to pull our phones out of our pockets and snap a picture.

With all this in mind, it might seem like film cameras have become obsolete. Using an analog camera, you can only take as many pictures as there are exposures on a roll. And once you take the picture, you can’t even see it right away! You have to wait for the image to be developed, whether you’re doing it yourself or paying for a professional to do it. Plus, you have to keep paying for new rolls of film, and that can end up costing you a fair amount.

With so many more convenient and easier options, why would anyone continue to use analog cameras?

Well, as it turns out, there are plenty of reasons why someone might choose to take pictures with an analog camera over a digital camera. We’ll go over some of them now, and by the end of this article, you might have a change of heart about the usefulness of analog cameras!

One of the main benefits of analog cameras is that they don’t use batteries or require power to run. With a digital camera, you’ll have to make sure it’s thoroughly charged before you head out on a long adventure with it. You might even need to bring some extra batteries with you, in case one of them dies on you.

Analog cameras, on the other hand, don’t usually require any batteries to function. Not only is this useful in that you won’t be running around charging the batteries you forgot to charge earlier before heading out on a trip, but having no batteries means an analog camera won’t be affected by extreme temperatures. If you’re trying to take pictures somewhere that’s very cold, an analog camera will still be able to function while a digital camera might not be able to handle that type of extreme weather.

You’ll also find that issues with exposure and focus might be a little harder to notice when you’re shooting on film.

These are all advantages to shooting with an analog camera, but one of the most important ones is something that by many is seen as a disadvantage. This is the time it takes to shoot analog.

Taking a picture with an analog camera is a much slower process than taking a picture with a digital camera. Because there are a limited number of exposures on each roll of film when you shoot with an analog camera you have to consider the picture you’re taking. Instead of being able to take several pictures all at once and choosing your favorite, you instead have to take the time to think about how your image is going to look.

Not only that, but you don’t even get to see your picture until you’ve had the film developed (or developed it yourself). For this reason, using an analog camera is a real practice in patience.

Some people might take the amount of time analog photography takes and say “no thank you.” With so many faster and more convenient options available, it’s no wonder!

But many people who shoot analog truly enjoy the amount of time it takes. Figuring out the exposure and angles of a shot and knowing there are limited opportunities to get it right is something many film photographers consider an enjoyable challenge. It requires a little more strategizing and forces you to think about the shot you’re taking.

So while digital cameras are certainly more convenient, analog photography should by no means be considered a dead art. Not only are analog cameras great because they don’t need batteries to work, and therefore will be able to function in extreme temperatures, they are also great for black and white photography because they can provide such a high dynamic range.

And in a world that encourages us to rush and always go for the most convenient option, there is something to say about analog photography forcing us to stop, slow down, and think.

← Please Check Back Soon
How Do Film Cameras Work? →