What Are the Differences Between Analog and Digital Cameras? 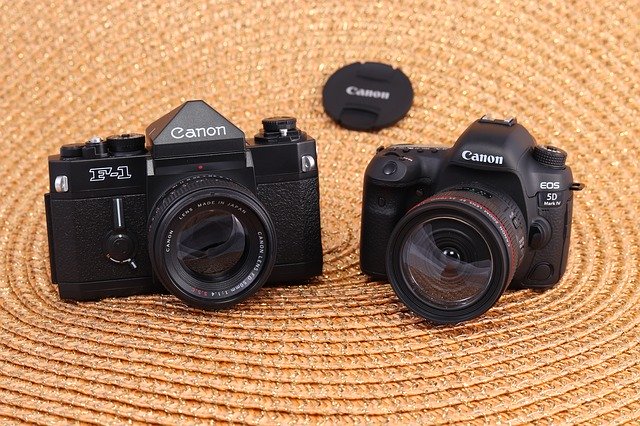 Finding yourself in possession of a new camera is exciting. Whether you’re shooting digital or analog, photography is a beautiful and rewarding art.

But what exactly is the difference between an analog camera and a digital camera? How do they work differently? How do you take pictures with one or the other?

The main difference can be found in the names themselves. A digital camera is—you guessed it—digital. This means the pictures you take are produced digitally. Digital cameras will have an LCD screen, where you can see and choose all your camera’s settings. When you take a picture, you can easily view it, rather than having to wait for it to be developed.

Digital cameras provide a real advantage when it comes to cost and the number of photos you can take. When it comes down to money unless you’re planning on investing a considerable amount on your camera, your main cost will likely be the camera itself, and any other lenses you want to purchase for it. When you buy a digital SLR camera, you’ll likely have the upfront cost of the camera itself, and that’s it. While a digital SLR will likely set you back a few hundred dollars, you most likely won’t need to spend much money on it after that.

When it comes to the number of photos, digital cameras use an SD card to hold the images. You can purchase SD cards in multiple sizes, but 16G is a common size for cameras. This size can hold a few hundred images, so it’ll take quite a few pictures before you need to start worrying about space. Plus, if you’re in a pinch and do need to free up some room on your camera’s SD card for some new photos, it’s easy enough to just delete a few you know you’re not going to keep.

What about analog or film cameras? How do they work?

There are some more obvious differences when it comes to analog cameras. For example, because you’re shooting on film, you have a more limited number of pictures you can take. Instead of storing the images on an SD card and being able to shoot hundreds of images with concerning yourself over space, you’ll be able to take as many pictures as there is the film on your roll.

Most analog cameras will have an initially lower cost that digital cameras, but you’ll find the expenses go up as you purchase more film, and then have to spend money to get it professionally developed.

Another major difference between the two cameras and methods of photography is the thought that has to go behind taking an image. Of course, no matter what you’re photographing, you have to think about the way you’re photographing it. Angles, exposure, and framing all matter, whether you’re taking the picture digitally or with an analog camera.

But because analog cameras only have a certain number of exposures on any given film roll, you can’t just take picture after picture until you get one you like, like you would with a digital camera. Instead, you’ll have to spend much more time thinking about things like angles and lighting before you take a picture. Because of this, analog photography can indeed be a bit more work than digital photography.

Depending on who you are and what kind of photography you like to, this can be a positive or a negative aspect! Some people would much rather have the freedom to take dozens of photos of the same subject and choose their favorite out of the batch. Others like having to put more thought behind the image and enjoy the challenges of the process.

Whether you’re shooting digital or analog photography, it’s important to have an understanding of the type of camera you’re using. Both digital and analog cameras can take beautiful images, and many photographers choose to use a combination of both.

If you’re trying to decide between a digital or analog camera, take a look at the above differences, and consider them all when determining which type of camera is right for you.

← How Do Film Cameras Work?
The Most Valuable Vintage Cameras →